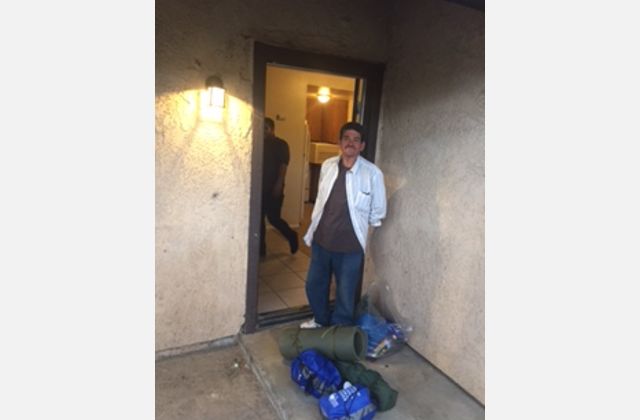 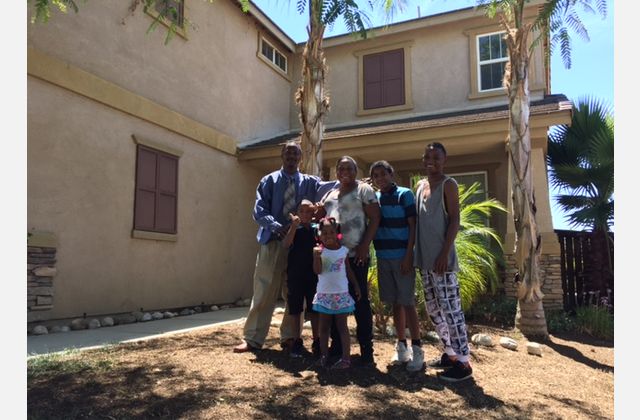 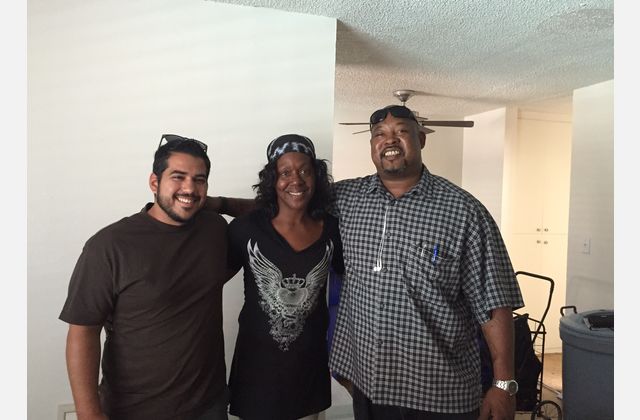 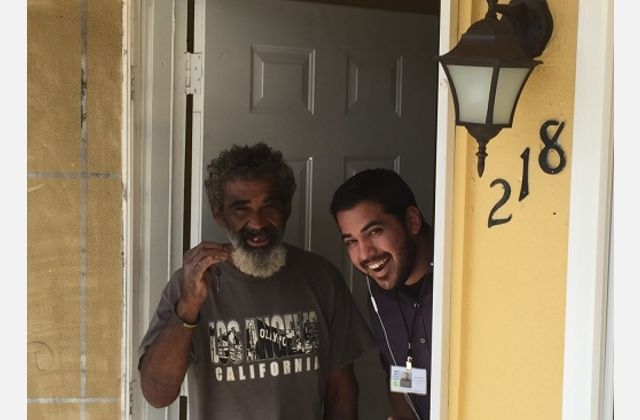 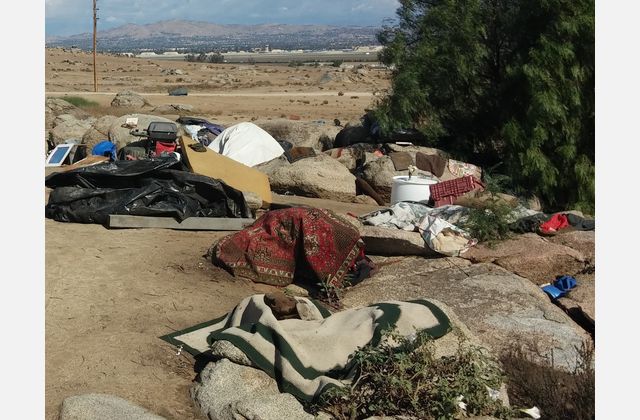 How We Work to Cure Homelessness

It takes more than a home to cure homelessness. It takes time, people who care, courage, resources, prayer, and most of all, God. We ask you to come along with us on this journey to rescue, restore, and rebuild lives. We promise you won't regret it.

Our homeless clients on the street and the guests in our shelters all have unique life stories. As always, fact is far more compelling and incredible than fiction. Here's one story of love, encouragement, and success. 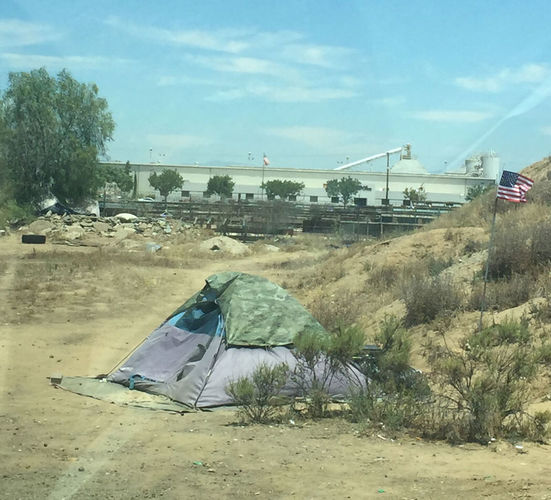 One April day when Nick got out of the van to go see the lone man at his tent in an empty field behind a super store, the gentleman would not speak to him. He reluctantly accepted water in the blazing heat. It was 2 months before he would even give the outreach team his nick name, Nacho. But Nick and Jesenia showed up every Thursday anyway. She wondered how in the world Nick could spend almost an hour with someone who wouldn't even talk to him.

In June, Nacho not only started letting Nick pray for him before he left each time but also began to tell him bits and pieces about himself. Little by little, he allowed the team to help him with resources and even a cell phone. When he got sick he asked Nick, “What should I do? What would you do?” He followed Nick’s advice and let them take him to the hospital. But he still wasn’t ready for a home. He still didn’t trust them enough.

Nacho getting his phone: 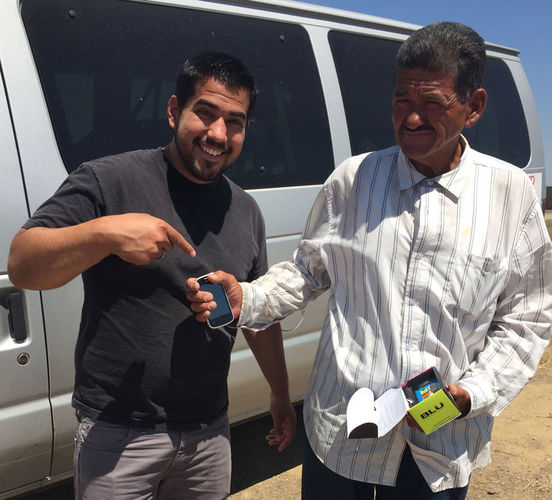 In July, Victor and Nick continued to visit and pray with Nacho. One Thursday in September, Nacho was gone. He had moved miles away to a concrete drainage about waist high to put his things and himself. Victor and Nick searched many remote areas of Perris, California found him in October.

For months, Nick and Victor worked tirelessly to find and prepare a home for Nacho. He would say "ok." Then, he would disappear. Sometimes he would run the outreach team off. You cannot imagine what it would take to run these guys away but Nacho succeeded.

At last in November, Nacho moved into his new home. As Victor and Nick held hands with Nacho to pray he said, "Wait, wait. I'm going to pray." And he did. He blessed them. He apologized to them. He thanked them and God for his home. He made them cry. Weeks later, Nacho showed off his prayer room too.

This is not the end of the story. Nacho has learned to hope again. The team is encouraging him to take care of his mind, body, and soul. They have gotten him a writing desk, shown him where the library is, and given him the names of a couple of churches where he can volunteer.

Nacho's goal is to be able to help young people stay out of trouble and on a path to success. Even now, he calls or texts the team to get resources for others. It will be some time before Nacho can really feel completely comfortable operating in the world as most of us do. But Path of Life will be there with him and thousands of others who need us just as much.

Nacho in his new home: 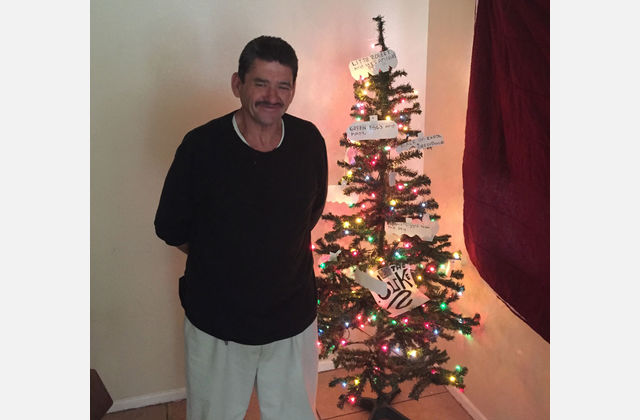